What do I need?

I have a few requirements for a home file server:

I managed to snag an older IBM 3500 (the original 7977 model, not the more modern M3 or M4) very cheaply - as well as some spare parts like extra fans and power supplies for it. 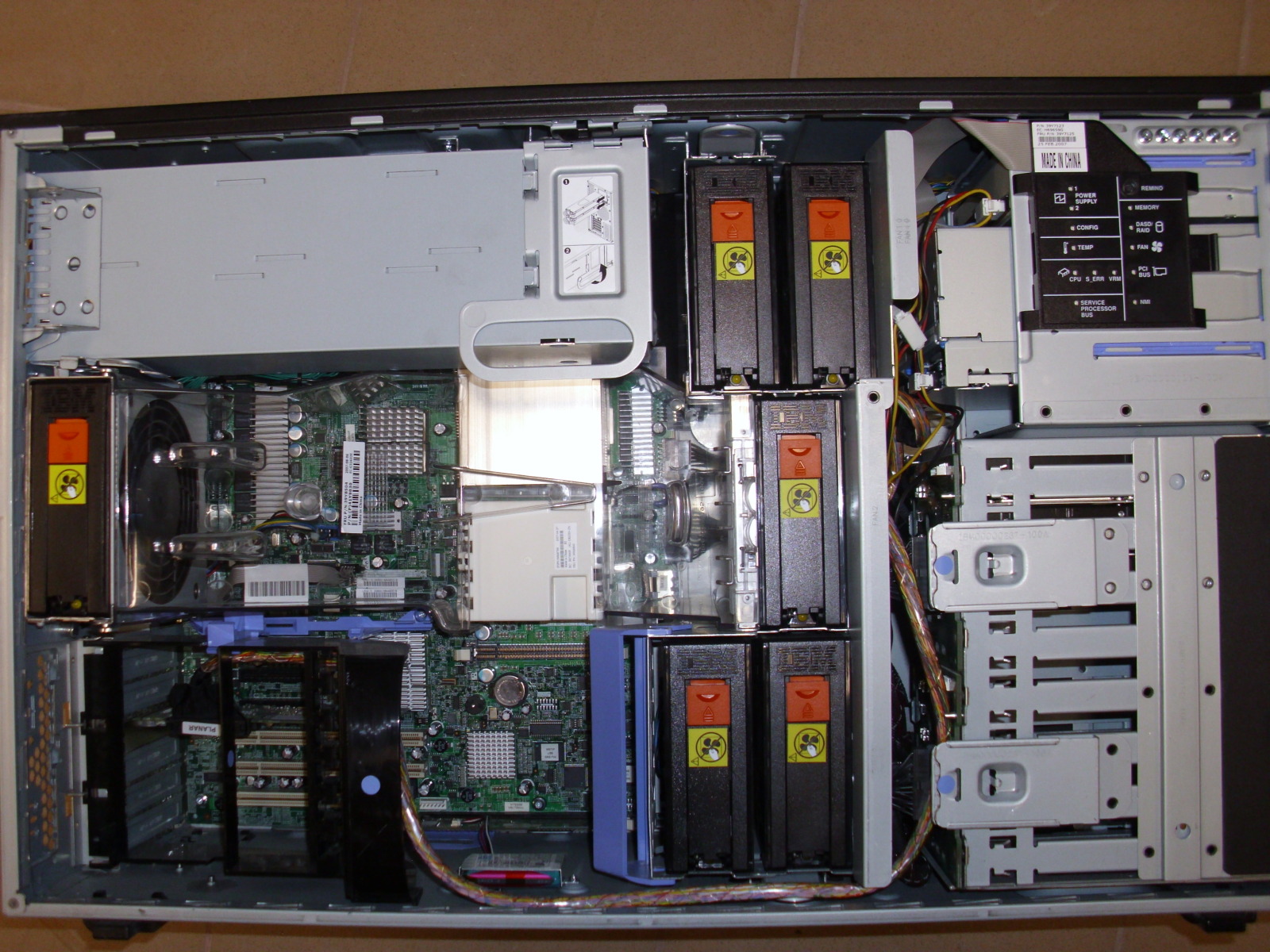 This server has 8 3.5” drive slots, There are two backplane boards which I have previously written about built in.

I had considered making a custom case that could use the backplanes, with small motherboard and a SAS RAID card…but that’s a lot of work, and would cost more as well. The biggest downside is that I wouldn’t have been able to use the server’s power supplies. The server’s power supplies provide 12.1V (at 69 amps!), but no 5V or 3.3V - those voltage regulators are all built into the motherboard. So it ends up being far simpler to just use the server as is.

The biggest problem is the server’s ServeRAID 8k controller. With the latest firmware updates, it supports drives up to 2TB - but nothing past that. Any drive larger than 2TB either gets detected as 2TB, or not properly detected at all.

The backplanes use standard SFF-8087 ports, so it’s easy to find HBAs that can use them. I had it narrowed down to:

I ended up getting the LSI branded one on ebay for around $110.

I also picked up 2x 1M SFF-8087 SAS cables on ebay for $23.70, since the ones that come with the server aren’t going to be long enough to reach the new card.

Once the parts arrived, installing the card was pretty straight forward. The only tricky part was actually running the cables. The entire section of the case between the motherboard and drive bays is full of fans on a big mount that slides out.

Luckily, if you remove the mount there is a small gap between two of the fan connectors where the cables can run. You just need to be very careful reinstalling the fan mount so the cables don’t move and get pinched. 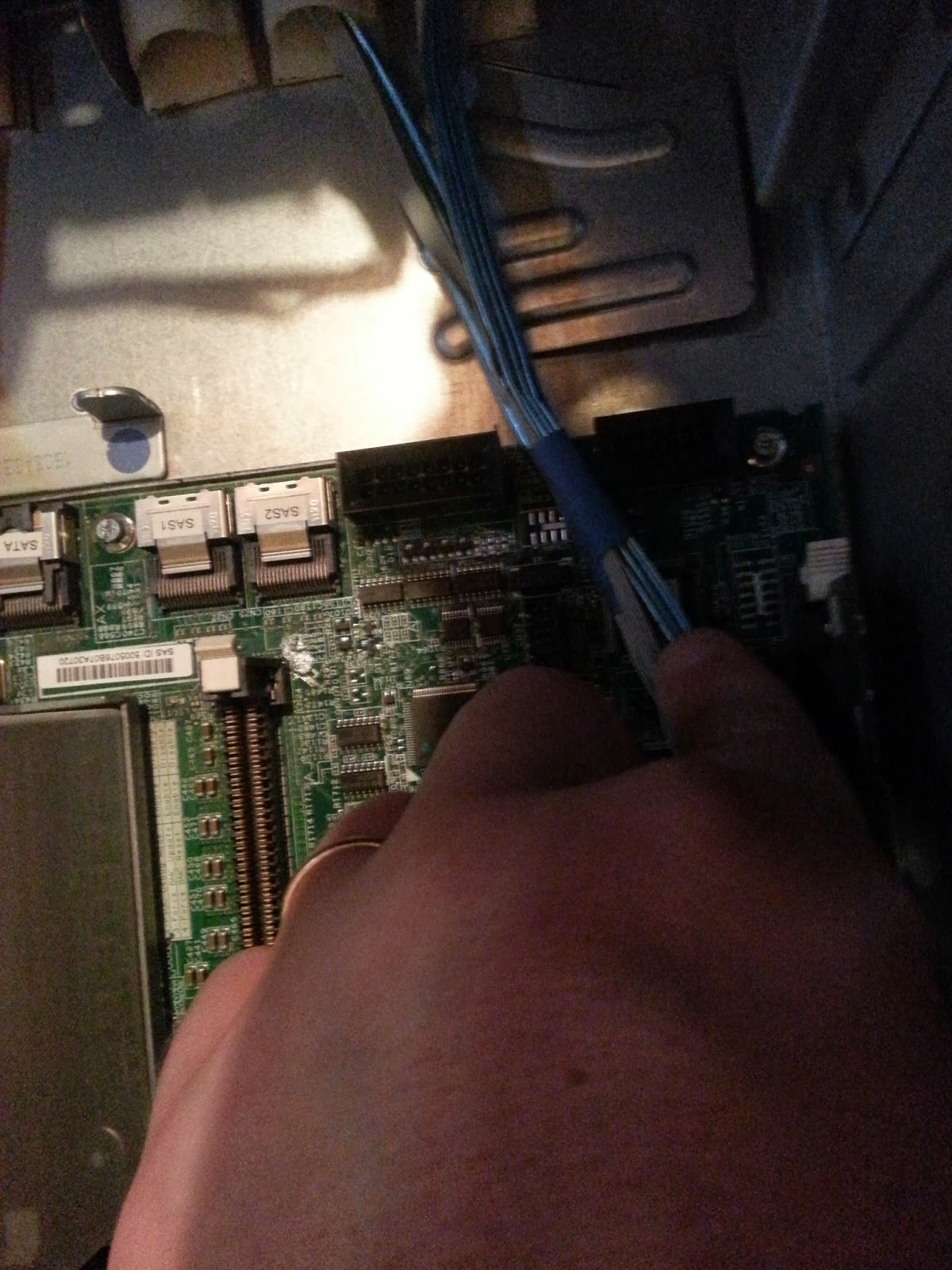 The server detected the new card without any issues, and the card detected all of the hard drives properly. This card can do RAID, but it’s default is to act as a regular HBA and just use the disks normally - that is exactly what I want for this setup. The OS can manage the disks directly, and unlike controllers that do tricks like single drive RAID 0 arrays for each disk, the drives can be pulled out and used in another system or the card replaced with a different model without any trouble.

Why is there a jet engine in our basement?

So, quiet wasn’t on the list of requirements. But quiet is a relative thing. I don’t need it to be silent, but by default this server is noisy! It has 6 fans running. If you try to remove the fans, the others won’t slow down anymore, so it gets even louder.

I didn’t have a second CPU to begin with, but since I have it, I did want a second power supply installed. But having the server shutdown until I swap in a new power supply is a small price to pay for a large noise reduction.

Next up is to install and configure the OS.